New Movistar rider Sarah Gigante has added huge fire power to an already strong field at this month’s Mitchelton Tour of Gippsland and the inaugural Lochard Energy Women’s Warrnambool Cycling Classic, announcing that she will start her 2022 season in the Australian races.

After wearing the green and gold at Tokyo before signing a three-year deal with the giant Spanish team, the 21-year-old is staying in Australia to continue her recovery from the heart condition that derailed her 2022 season, testing her legs against former domestic rivals in the National Road Series.

“This is an important step on my pathway back to the pro peloton,” said Gigante. “Nothing can quite compare to hurtling along narrow cobbled roads in Belgium in a huge European peloton, however the aggressive and punchy racing here will hopefully help me find my race legs again before I join Movistar in the Women’s World Tour!”

And this weekend’s Tour of Gippsland has some wonderful memories for the one-time ambitious teenager who cut her teeth learning the craft in the verdant valleys.

“Racing in the NRS has played a huge part in my development, from my first race in East Gippsland back when I was 16, heading down there with my mum and brother, hoping each day just to hold onto the bunch for as long as I could!

“A few years later I remember my first ever podium very well there. It was one of my first tours with Holden Women’s Racing, alongside riders like Shannon Malseed and Kimberley Wells, who won that tour!

“On the last day, on a wet hotdog criterium, I slipped into a breakaway with Ruby Roseman-Gannon and Anya Louw. I finished second and couldn’t stop grinning!”

Gigante will get a shot at making cycling history at the first ever ‘Women’s Warrny’. The Lochard Energy Women’s Warrnambool Cycling Classic will be raced on February 20th, joining the overall Powercor Melbourne to Warrnambool Classic which has been run since 1895.

The elite women used to race in the men’s race and still can, but this year have their own exclusive National Road Series event from Colac to Warrnambool, the 160-kilometre trek set to be the longest single day road race for women anywhere in the world for 2022.

“I raced the original Warrny once, when I was 18, and I have fond memories of the challenge,” said Gigante. “It will be different starting from Colac, however it’s amazing to be part of the first women’s edition and I look forward to the tradition continuing.

“I’m very glad to see the prestige surrounding both the men’s and women’s races and I am also impressed by the huge changes and increased support for women’s racing over the last few years.

“I remember the sheer elation I had simply from crossing the line even though I was 40 minutes down and dead last in the women’s field! The course should make for a great battle this year and hopefully I can convince my fellow Movistar teammates to join me for next year!”

The two-time elite national time trial champion had an interrupted 2021, including a worrying heart condition in August last year, and was eventually diagnosed with myopericarditis – inflammation of both the heart muscle and the pericardium, the fibrous sac surrounding the heart.

“My illness last year was certainly the toughest period I’ve been through, and I missed the freedom of good health and being able to ride to my heart’s content more than I can describe.

“All I can say is that broken bones are a walk in the park! I broke three bones, including one in my leg, earlier in 2021, but that was just a bump in the road compared to what happened later. I’m totally fine now though, more resilient and more patient, and more excited than ever!

“Now that I’m back, I realise my experience last year has made me much more appreciative. I already loved cycling more than anything, but I will never ever take it for granted again.”

With Gigante is the lone WorldTour rider in the field at present, but off the back of her recovery from illness she is keeping her ambitions low-key.

“My main goal for both the Melbourne to Warrnambool and Gippsland is to simply have fun and enjoy the thrill and excitement of racing my bike again,” said Gigante. “I have not been able to compete since the Tokyo Olympics because of my illness, and before that, I hadn’t raced since April, because of the broken bones crash!

“I’m feeling surprisingly good on the bike and I do know that every NRS round is hard-fought with many strong and aggressive racers keen to give it their all. I’ve looked at the routes for the two upcoming races, so I expect a close battle between many riders and teams!”

Event Director Karin Jones knows how big Sarah’s inclusion will be for both races, with plenty of opportunity for fans to get up close with our best young talent.

“It has taken a bit of work in balancing schedules and calendars, but Sarah jumped at the chance to join us and out of adversity comes a positive. We know this is a rare opportunity for all the cycling fans and locals to get out and see a superstar we will likely only see on TV out of Europe from now on.”

Crowds are set to be roadside at the Tour of Gippsland from February 13-15, with the Melbourne to Warrnambool Cycling Festival across February 19 and 20.

Both events will have races streamed live on SBS On Demand and the SBS Cycling Central Facebook page. 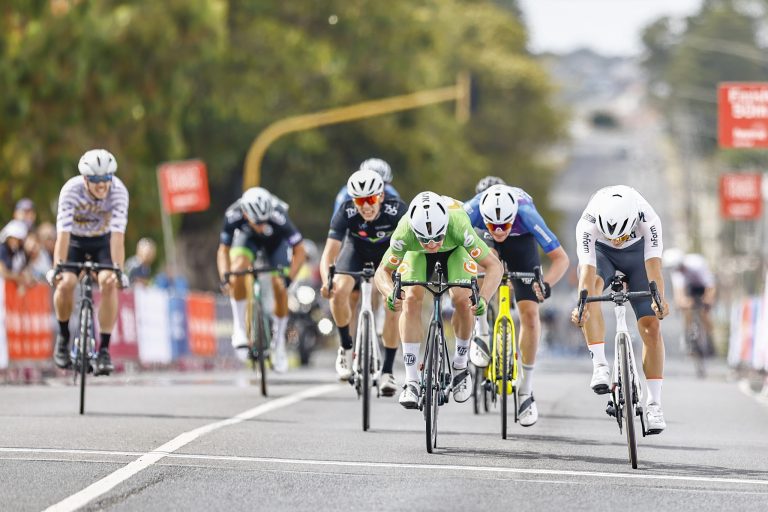 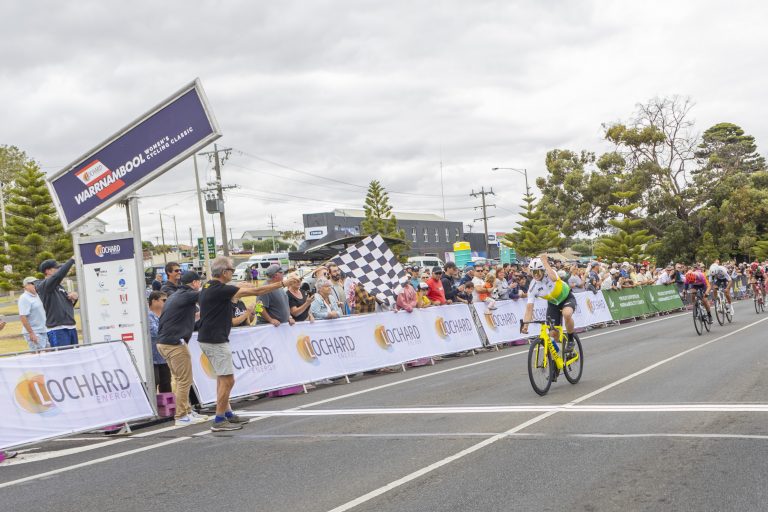 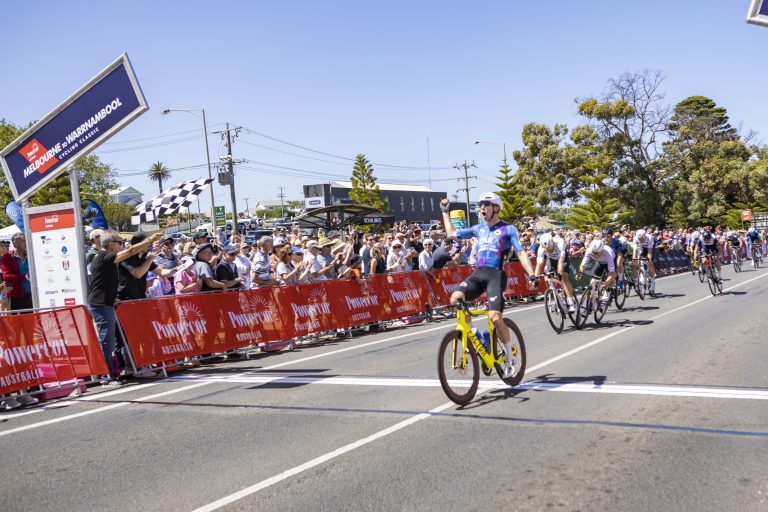 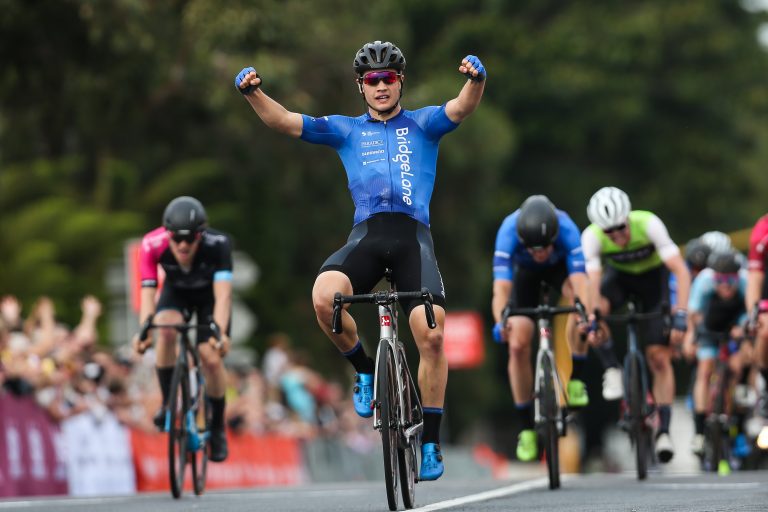 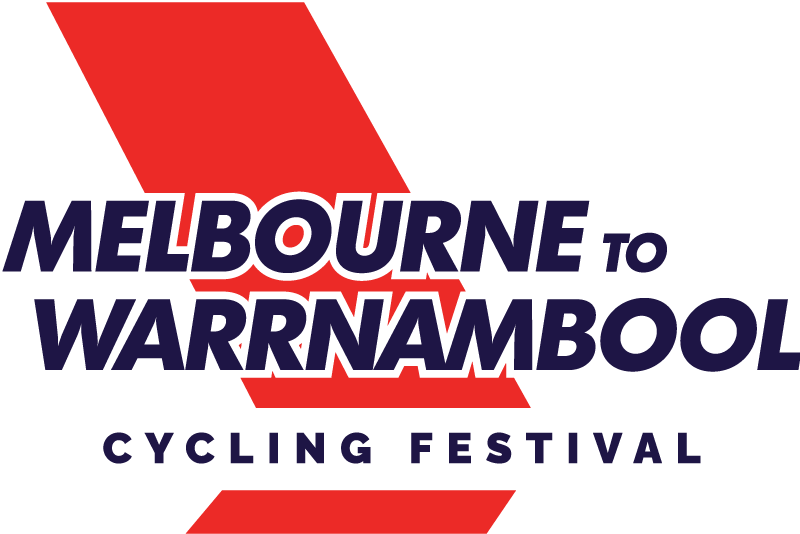